Mahroo is the “face of” Australia Awards promotions this year in Pakistan. Through the story below, we gain an understanding of the individual behind these images.

Australia Awards alumna Mahroo Arshad is using her Australian education to create awareness in her homeland about development projects initiated by the Government of Pakistan.

Mahroo is a career civil servant who has served in various ministries in Pakistan. She was awarded an Australia Awards Scholarship in 2018 to pursue a Master of Development Studies from the University of Melbourne.

Before coming to Australia, Mahroo was working as an Assistant Director on the Benazir Income Support Programme (BISP), the country’s most extensive social safety net program. Named after Benazir Bhutto, Pakistan’s first female Prime Minister, BISP is a poverty eradication program aimed at marginalised and underprivileged sections of society, especially women. This experience—as well as her desire to develop professionally and help contribute to the development of her country—led to Mahroo’s choice of Australia Awards and her study program. 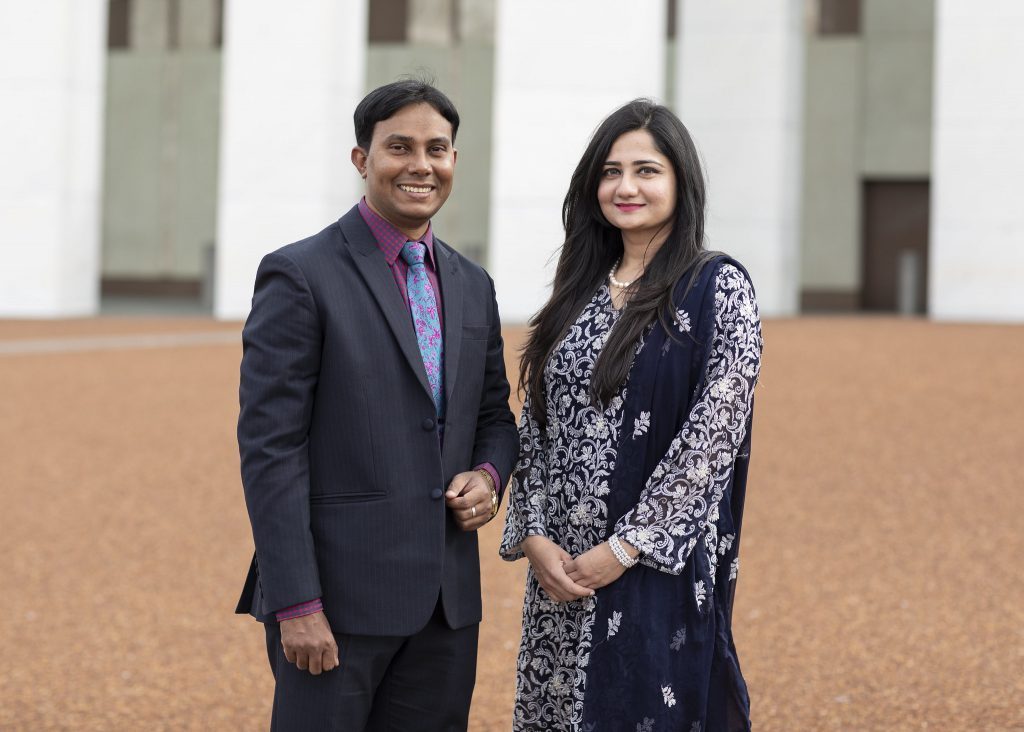 “During my time at Benazir Income Support Programme, I developed an interest in poverty alleviation, social protection and gender,” she says. “This increased my interest in development-related work, leading me to learn about Australia Awards.” Mahroo planned to focus her work on the gender and youth sector upon her return from Australia.

Mahroo started her career in 2011 as a pharmacist with the Ministry of Health, Punjab. “During my first work experience placement,” she says, “I realised the importance of policy—that to create sustainable change, I needed to be at the helm of the policymaking.” Mahroo then moved to the Civil Services of Pakistan, the most prestigious public service cadre in the country.

As a career civil servant, Mahroo has served at the Ministry of Commerce, the Ministry of National Food Security and Research, and BISP. “This work allowed me to observe directly the impact that my work has on the lives of the millions of underprivileged women in Pakistan,” she says.

Since arriving back in Pakistan, Mahroo has been posted as the Information Officer at the Press Information Department in Islamabad, where she focuses on developing and executing communication strategies in support of the Government’s agenda for development. She intends to work on gender-responsive policies that promote the participation of women in the labour market. Mahroo is also interested in contributing to policies and projects that promote human capital development in Pakistan.

“Australia Awards has been an important part of my journey for self-actualisation: I now realise my full potential,” she says.

“My amazing two years in Australia were like a rollercoaster ride that took me through exciting avenues of learning and at the same time added slices of self-realisation, awareness and understanding that sometimes get overlooked during our busy normal routines.”

Want to learn more about Mahroo’s experience in Australia? Read her reflections on a recent Scholars Forum here