Mahroo Arshad from Pakistan was one of the scholars from South and West Asia at the Scholars Forum. Having been an attendee at both previous Forums, this time Mahroo was pleased to be an emcee. These are some of her reflections on the Scholars Forum and insights about her Australia Awards Scholarship journey.

Mahroo’s reflections of the Scholars Forum

“The highlight of Scholars Forums is that they offer an inspiring networking and learning platform, where scholars can share their own experiences. At the same time, the accomplishments of fellow participants inspire and motivate the scholars to aim higher and better.

“The Forums have contributed to my personal growth. I was a reserved person, but now I enjoy knowledge sharing and feel delighted to initiate a conversation. I still remember the Sri Lankan High Commissioner from the inaugural Forum. He was such an eloquent speaker that he not only conveyed his message effectively but also inspired the participants to be good speakers.

“The Forums helped support my connections with Australia and South and West Asia as I met representatives from Australian government and education institutions, diplomats from South West Asia, and fellow scholars from other universities and states. In doing so, I came across varying perspectives regarding development issues in Pakistan and was able to outline areas of future cooperation.

“Being from the public sector, I am always interested in gathering feedback about Pakistan from development partners. As a development studies student, I have participated in academic debates on these themes at university. The Forums were an opportunity to access diverse perspectives; they provided me with an opportunity to engage in discussions with experts who have worked in Pakistan, development practitioners, academics and representatives from the private sector.

“The most recent Forum was a great experience; as the emcee, I felt really involved and engaged. It was a great honour and gave me fresh inspiration and a sense of encouragement. The timing could not have been better, as I am about to graduate, participating in the Forum in this capacity was a real motivation booster. The feedback I received after my speech has been invaluable in terms of both learning and networking.” 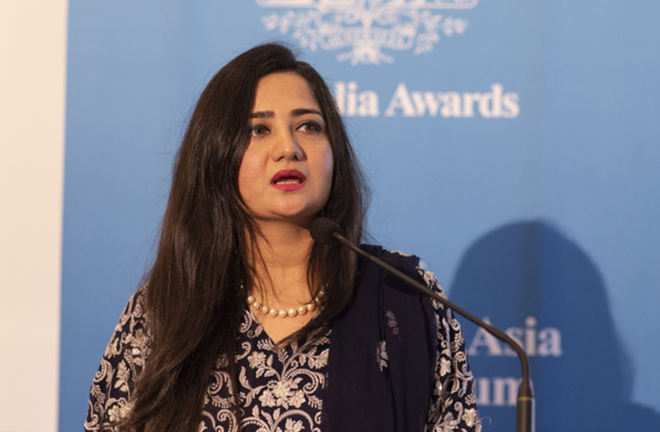 “I enjoyed listening to Margaret Adamson [former Australian High Commissioner to Pakistan], as I was able to relate to her thoughts quite well. Her talk was both internationally relevant and considerate of the South and West Asian regional context. My key takeaways from her speech are that effective communication—keeping the local context in mind—is important in advocating for gender equality, and that gender equity requires transformative gender policies empowering all genders. My key learning from this Forum is the importance of effective communication.

“Gender inequality affects everyone—people of all ages and backgrounds. Therefore, it is imperative to work together on gender equality for sustainable development. Keeping in mind the current scenarios, the two days of the Scholars Forum on this theme presented an excellent opportunity to learn about various facets of gender equality, reflect on how we can contribute to improving gender equality as individuals in our respective countries and explore possible synergies among ourselves to have a greater impact.”

Mahroo Arshad with fellow scholars at the Scholars Forum

“These amazing two years have been like a rollercoaster ride that took me through exciting avenues of learning and at the same time added slices of self-realisation, self-awareness and self-understanding that sometimes get overlooked during our busy normal routines.

“Australia Awards has been an important part of my journey for self-actualisation: I now realise my full potential”

“Soon the learning part of this journey will transform into a new phase of contributing back to the development of my country. When I think of this, the key area that catches my attention is that of gender equality.

“We need to build on our inherent strengths and amplify our impact through collaboration and linkage development. It is our responsibility to make the most of these opportunities and transfer our learning by creating opportunities for the less privileged, so they can realise their potential and play their roles better. Small changes do create big impacts.” 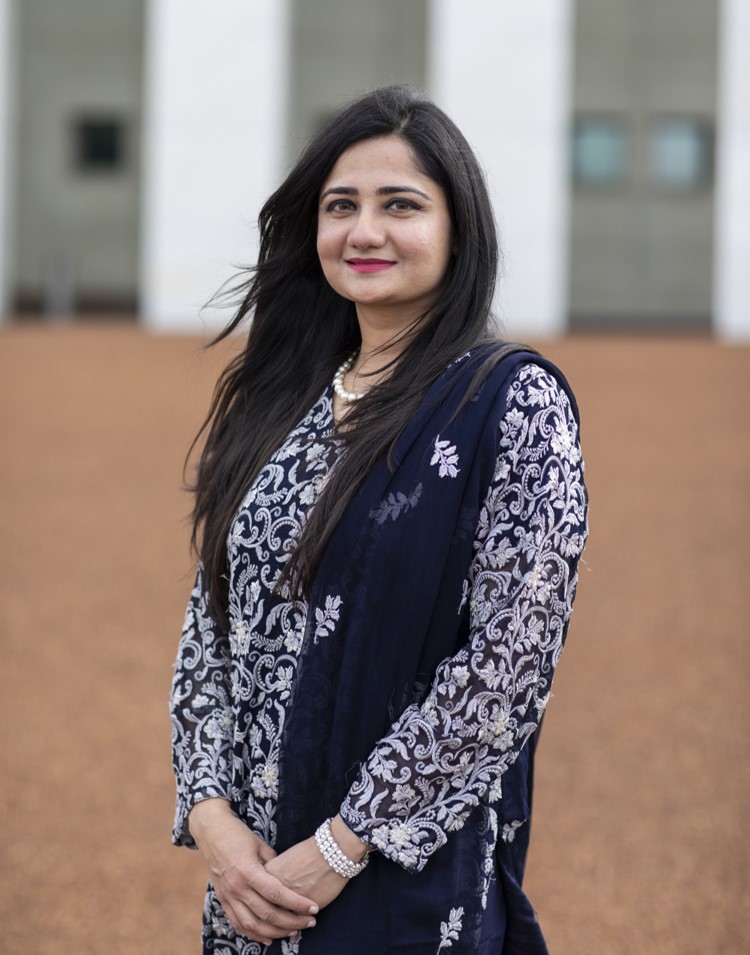 Australia Awards scholar Mahroo Arshad will soon be graduating from the University of Melbourne with a Master in Development Studies. Before coming to Australia, Mahroo was in Pakistan, where she was the lead on the Benazir Income Support Programme (BISP), the country’s largest social safety net program. BISP is a poverty eradication program aimed at marginalised and underprivileged sections of society, especially women. For Mahroo, the reason to pick Australia Awards and her study program came from her desire to develop professionally and help contribute to the development of her country.

“I started my career as a pharmacist in 2011 with the Ministry of Health, Punjab. During my first work experience placement, I realised the importance of policy—that to create sustainable change, I needed to be at the helm of the policymaking. Therefore, I switched to civil service. Afterwards I served at Ministry of Commerce, Ministry of National Food Security and Research, and BISP. This work allowed me to observe directly the impact that my work had on the lives of the millions of underprivileged women in Pakistan. During my interactions with women, I developed an interest in poverty, social protection and gender.”

When she returns home, Mahroo plans to focus her work on the gender and youth sector. She intends to work on gender-responsive policies that promote participation of women in the labour market. She is interested in contributing to policies and projects that promote human capital development in Pakistan.