As a development practitioner, Australia Awards alumna Sanam Ali Khan has always dreamt of devoting part of her life to the prosperity of Pakistan. Since receiving an Australian education with the support of Australia Awards, she has been using the knowledge and skills she acquired to contribute to her country’s development in a range of fields.

In 2018, Sanam was working for Sarhad Rural Support Programme (SRSP), a non-profit organisation working across Pakistan’s Khyber Pakhtunkhwa province. During her time there, she was instrumental in developing a proposal for a United Nations Development Programme-funded project, ‘Strengthening Justice Delivery System in the Merged Districts of Khyber Pakhtunkhwa’. By the time the project began, however, she had received an Australia Awards Scholarship to undertake a Master of Development Studies at the University of Melbourne.

“My Australian journey started with a lot of excitement and happiness,” says Sanam. But the journey had its hurdles: like countless other people, Sanam had her plans derailed by the COVID-19 pandemic. She was back in Pakistan, visiting her family, when the pandemic struck the country. Due to lockdowns and border closures, she was unable to return to Australia to complete her last semester of studies in person. 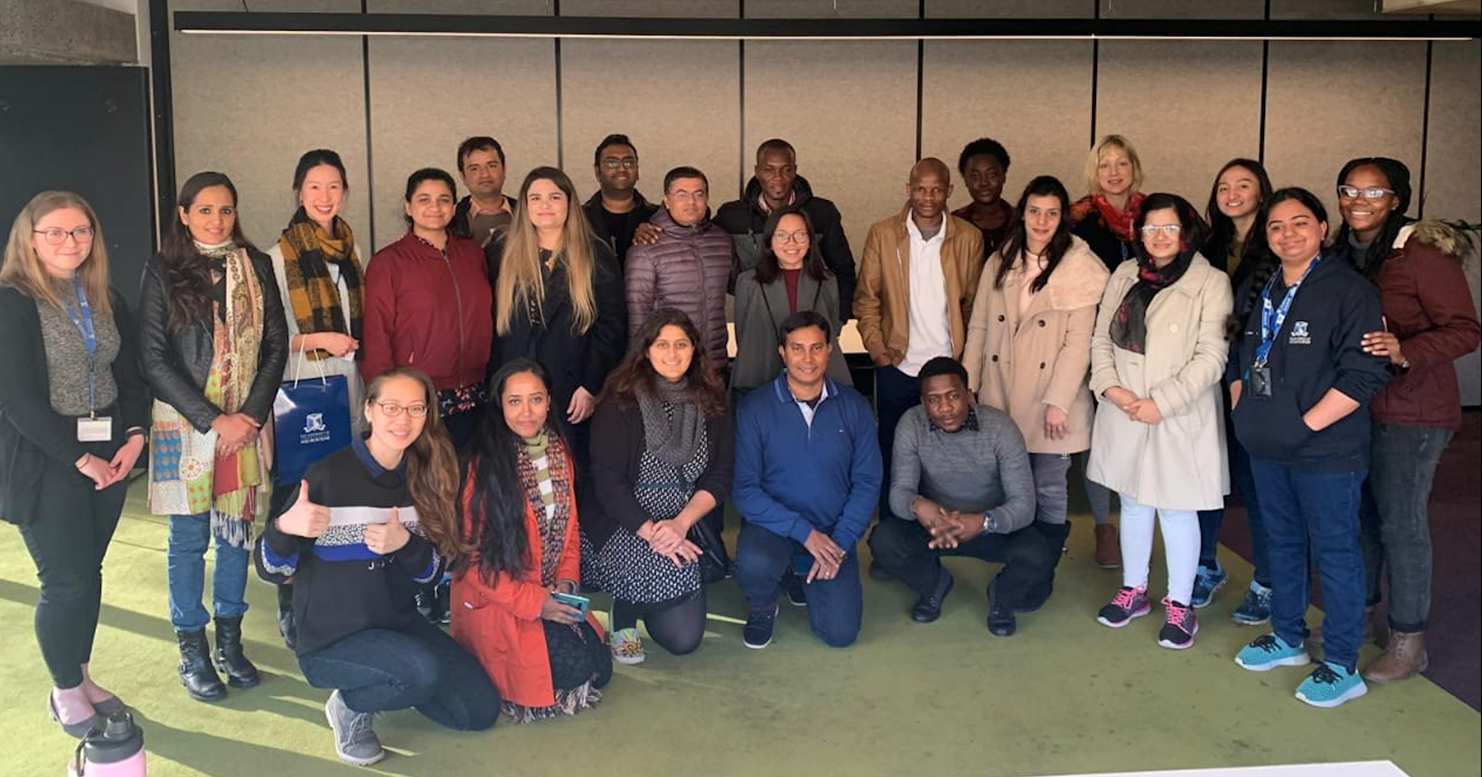 Fortunately, Sanam was able to meet her degree requirements by completing her final semester online. And because she was back in Pakistan, Sanam re-joined SRSP and had the opportunity to lead the justice delivery strengthening project that she had earlier helped to develop. The project was designed to improve and strengthen the rule of law in the newly merged districts of Khyber Pakhtunkhwa. It aimed to provide equal and inclusive access to the justice system in the districts where people had limited knowledge about their fundamental rights. The project had a special focus on women, minorities and people with disability.

Through this project, Sanam organised more than 300 sessions to raise awareness about the legal rights of women and of local communities. More than 14,000 individuals participated in these sessions, of which more than 35% were women. The project also provided free legal aid to 160 individuals and supported eight newly formed or reactivated women-focused community organisations with training to spread knowledge among women about their basic legal rights.

Sanam also had the chance to pay forward the opportunity her Australia Awards Scholarship had given her: she oversaw scholarships that the project awarded to 24 young women from the newly merged districts to pursue graduate degrees in law.

Beyond the legal field, Sanam also contributed to improving health. She designed and led a project on polio eradication and routine immunisation in Khyber Pakhtunkhwa, which was implemented in March 2021 in the districts of Bannu, Lakki Marwat and Dera Ismail Khan. The project was funded by the Bill & Melinda Gates Foundation (BMGF). During the implementation phase, Sanam conducted a midterm impact study that showed a massive improvement in the uptake of immunisation. The project achieved this by rigorously engaging with communities, including through disseminating information door to door on the importance of health and immunisation, setting up 120 free health camps and conducting 720 awareness raising campaigns. As a result, more than 4,000 families who had previously refused polio immunisation were persuaded to vaccinate their children.

The impact study also revealed that the main factor behind the project’s success was the addition of a component to improve the basic infrastructure and health facilities in target areas. “This strategy was accepted by BMGF after a lot of negotiation, based on my hypothesis that there was a strong link between the access to health facilities and immunisation in the target districts,” says Sanam.

Most recently, Sanam joined the Australian High Commission in Islamabad as Program Manager (Water), a role in which she supports the delivery of the Australia-Pakistan Water Security Initiative, a four-year Australian Government-funded project delivered in partnership with World Wide Fund for Nature – Pakistan. The project aims to provide disadvantaged communities in James Town, Rawalpindi, and Farash Town, Islamabad, with greater access to useable, safe and drinkable water. With extensive community engagement, the project will install drains and tanks to collect rainwater locally. It is also building filtration systems to provide drinkable water for households. The program works closely with communities to gain their acceptance of change and improve their habits regarding water collection and sanitation. This bottom-up approach empowers female and male community members to become agents of change and build sustainable urban water practices, with the aim of becoming more resilient to climate change shocks.

Discussing her broad application of her Australian education, Sanam says that she plans to continue to use the knowledge that she gained “in improving the development issues in my country, especially pertaining to women”. She also plans to share the knowledge with her fellow alumni, colleagues, team members and donors/partners. “On a personal level, I plan to utilise my research and analytical skills to complete a PhD and explore options to further enhance my current skills and knowledge,” she concludes.