Since completing her Australia Awards Scholarship in 2002, she has been instrumental in designing more than 60 community development projects and has mobilised more than USD16 million to implement these programs. These programs have so far benefited more than 500,000 community members, including people with disability, women survivors of violence, those affected by natural and man-made disasters, and extremely poor families living in remote and rural areas of all provinces of Pakistan. The efforts have been recognised nationally and internationally.

Before completing her Master in Development Administration at the Australian National University (ANU), made possible through an Australia Awards Scholarship, Lubna was working at entry-level positions. She wished for more responsibility and felt she was not able to utilise her skills and talent as much as she would be able to in a leadership role. After completing her masters degree in 2002, she re-joined the Swiss NGO Program Office, a program of Swiss Agency for Development and Cooperation (SDC), where she was assigned responsibility for a program that required the strengthening of 25–30 Pakistani NGOs to have effective governance systems and community development programs.

The program was a great success and was transformed into an independent Pakistani NGO. This was the birth of CHIP (Civil Society Human and Institutional Development Program). The independent organisation started functioning in Islamabad in 2005 and expanded to Punjab and Sindh. It mobilised resources from sources other than SDC and achieved financial sustainability within three years. Lubna was appointed as Director of Programs in 2005 and was later given the responsibility of CEO in mid-2007.

Lubna also developed guidelines for the Program, making mainstream development inclusive through a consultative process with communities and major stakeholders.  These guidelines were endorsed by the Federal Ministry of Social Welfare and Special Education for its onward compliance under the system. The guidelines demonstrated how people with disability could be mainstreamed in the community development process.

The success of the program led to its replication in the districts of Skardu and Ghanche in Gilgit-Baltistan and Bhakkar in South Punjab. By June 2018, 2233 people with disability had been medically rehabilitated and made part of the community development process through their induction in community organisations, enabling them to earn income, improve their education skills, and participate in sports and recreational activities.

Lubna had a wonderful experience in Australia. 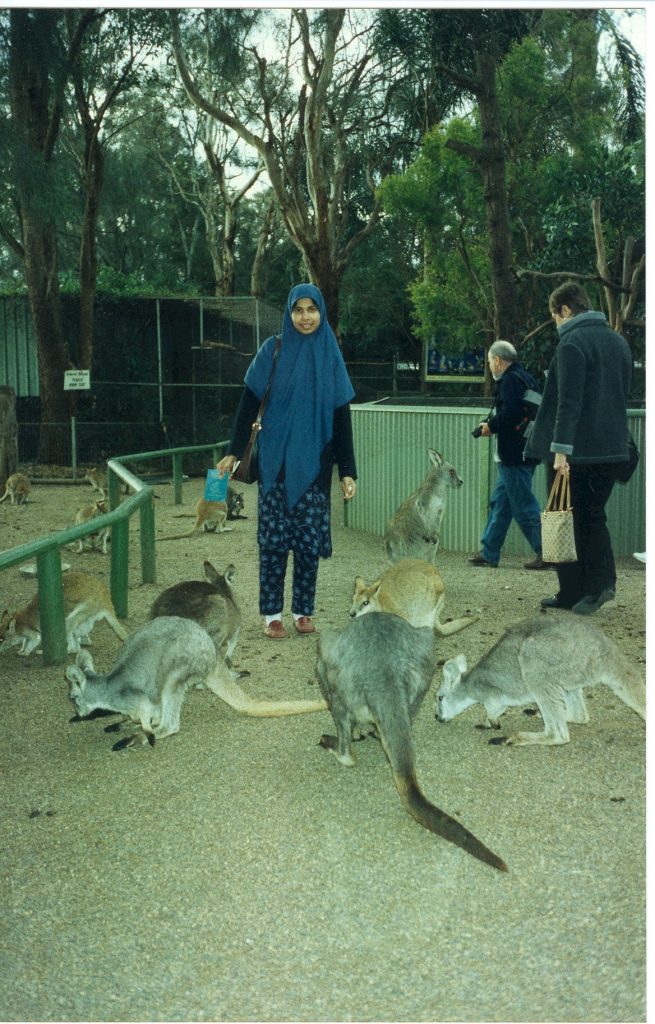 Australia Awards alumna Lubna Hashmat, at the Australian Botanical Garden during her Scholarship in 2002

She found the academic system competitive but flexible, which accommodated differences of multiple contexts for students coming from more than 50 countries. Lubna was also awarded appreciation letters from the Vice-Chancellor of ANU for two consecutive years for maintaining High Distinctions in all semesters. She believes her Scholarship has transformed her life and career from an ordinary professional to a professional who always looks out for innovative ideas, logical connections, consistent approach and quality standards. ‘My academic training in Australia has sensitised me towards a systematic approach to plan and execute work,’ she says.

‘I am truly grateful for my Australia Awards experience, which I believe was instrumental in getting to the place that I am at today’ says Lubna.