The 16 Days of Activism against Gender-Based Violence is an annual international campaign that runs from 25 November until 10 December. Started by activists at the inaugural Women’s Global Leadership Institute in 1991, the event continues to be coordinated each year by the Center for Women’s Global Leadership. The campaign has turned into a global call for the prevention and elimination of violence against women and girls.

2021 marks the 30th anniversary of the 16 Days worldwide campaign. The United Nations’ global theme for this year’s 16 Days of Activism against Gender-Based Violence is “Orange the world: End violence against women now!” In addition, the Center for Women’s Global Leadership is focusing on the issue of femicide (the gender-related killing of women), with the hashtag #LetsEndFemicide.

In support of this civil society initiative, we highlight the significant contributions of three Australia Awards alumnae: Fazeelat Jehan, Yumna Hasany, and Zahida Bukhari, who are each working to reduce gender-based violence across Pakistan.

Fazeelat Jehan (featured above) is leading the Social Protection and Gender Mainstreaming Section of the Planning and Development Department in the province of Khyber Pakhtunkhwa, Pakistan.

As Chief of the section, Fazeelat works as the focal person to provide a centralised coordination platform at a provincial level. She is responsible for collecting and sharing information; planning and strategically allocating resources; informing, training and educating staff; implementing planning and policy-making processes; and recommending informed and appropriate interventions in existing projects to maximise outputs.

“My section is working on developing systems that will sustain the efforts around gender mainstreaming and protection of rights of all communities,” Fazeelat says. She led her team to develop a multi-sectoral prevention and response mechanism against gender-based violence. This mechanism is currently under review; once approved, it will be implemented across the province.

“We are also developing a management information system at the P&D Department’s level that will maintain data for analytical purposes,” she adds.

As an example, her team has mapped and geo-tagged social services institutions such as shelter homes and women’s crisis centres in the province. This data will help inform the government facilities in the area and contribute to increasing efficiency and effectiveness.

Fazeelat received an Australia Awards Scholarship to study a Master of Public Policy and Management at the University of Melbourne in 2017. After her return to Pakistan, in 2019 Fazeelat was promoted to Deputy Secretary in the Social Welfare Department. “I worked on policies and planning in areas such as women’s empowerment, orphans, disability services etc. I focused my attention on resource mobilisation and successfully enabled our department to launch effective programs and campaigns on social issues, e.g. gender-based violence, child protection and gender equality,” she says.

In November 2019, Fazeelat was also selected for a training course on ‘gender-responsive governance’ at the Hague Academy in the Netherlands. “I learnt to look at planning and budgeting processes through a gender lens,” she says of the course.

She hopes to work in the newly merged districts of Khyber Pakhtunkhwa province on women’s empowerment programs, since she is well-acquainted with those areas, and has no language barrier or gender clash. “I will be able to contribute with my full potential, towards the development goals which are not only the government’s priority but also resonate with me personally,” she says.

Yumna Hasany has worked in the development sector for more than nine years, focusing on the themes of women’s rights, human rights, gender and women’s health. She completed a Master of Public Policy and Governance from the Australian National University in 2019, with the support of an Australia Awards Scholarship.

Since returning to Pakistan, Yumna has been involved with various non-governmental organisations, working on issues ranging from economic empowerment and mentoring to planning and implementation of health programs. She is currently the lead mentor and trainer on leadership and communications for Girls4Girls Pakistan, a global leadership program of the Harvard Kennedy School. This program, which aims to empower young girls and women, was launched as a pilot in 2020 at Bahria University, Islamabad. There are currently 20 mentees enrolled in the program. Each week, the program facilitates a mentorship circle on topics such as leadership, communication, goal-setting, empowerment, ethics, negotiation and public service. 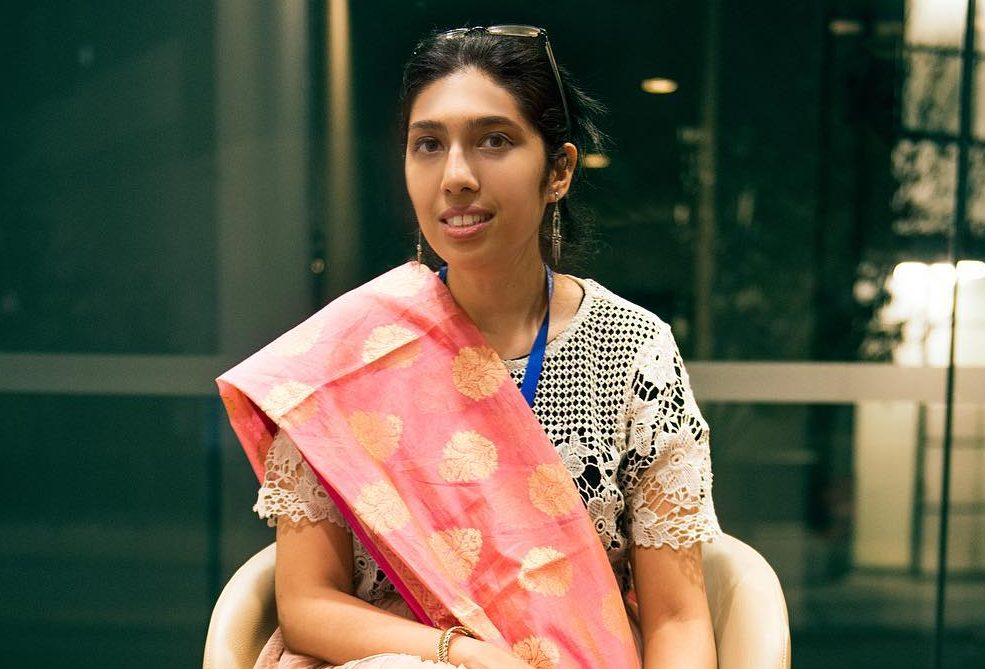 Yumna also works as a radio announcer and a podcaster at FM101 Radio Pakistan, where she hosts shows and produces content explaining harassment policies, gender and violence in the social context, and the relationship between economic empowerment and gender-based violence.

“This is my effort at awareness raising, advocacy and community engagement,” says Yumna. “I believe that through my radio shows and podcasts I can reach girls who need to be reached and to be reassured that they are not alone.” Yumna is on air on FM101 every Sunday from 6pm to 8pm on her show ‘Sunday Conversations and Music’.

“My radio shows focus on protection laws and policies with the aim to create a safe space in media to discuss issues of domestic violence and abuse, and to highlight stories of women survivors,” she says.

Yumna’s future plan is to establish a social enterprise that concentrates on communication strategies and audio/video content with a specific emphasis on issues relating to women. “I want to focus on domestic violence and safe spaces,” she says. “My goal is to collect local stories and narratives and to change mindsets.”

Zahida Bukhari, a career policewoman, is implementing reforms within the police force by advocating for gender mainstreaming and balance. Her advocacy work is also benefiting victims of gender-based violence.

As Deputy Director at Pakistan’s National Police Bureau, Zahida is working to cultivate a gender-sensitive work environment by coordinating an anti-harassment committee. The committee, which consists of officials from all provincial police organisations, aims to empowering employees to progress equally and perform effectively.

The work of this committee aligns with the ‘Protection against Harassment of Women at the Workplace Act’ of 2010, which criminalises harassment in work and public spaces.

Zahida completed a Master of International Development Practice at the University of Melbourne with the support of an Australia Awards Scholarship. After returning to Pakistan, she was deputed by the Government of Pakistan to work as a Law Enforcement Specialist at the Strengthening Rule of Law Programme (SRLP), an initiative of the United Nations Development Programme (UNDP).

SRLP supports both the supply and the demand sides of the rule of law by strengthening justice institutions and citizen rights and deepening ongoing efforts to secure peace and stability in the province of Khyber Pakhtunkhwa. Zahida provided strategic advice for the ‘designing interventions of law enforcement’ component, with special focus on gender-oriented reforms. She also led the ‘implementation of police/levies’ initiative, ensuring strong results-based management and intra-program coordination.

Zahida says that her work with UNDP is important to her because she can see the innovative ideas that she brought back from Australia gaining traction. “I believe working in an organisation where new ideas are accepted helps to build confidence in yourself to bring about a change in society that you hope to see one day,” she says.

Zahida is additionally working on ‘gender responsive desks’ for victims of gender-based violence with the Khyber Pakhtunkhwa Police and has designed the new gender policy for the Anti-Narcotics Force of Pakistan.

“I think my Scholarship has contributed a lot to broadening my vision and giving new directions to my desire to bring about change in society. I must say it’s a steppingstone towards my career diversifying from a local to a global context,” says Zahida.

Zahida plans to work for equity, equality and inclusion for marginalised and victimised groups on a national and international level by applying best international practices to society. “This transformation in my career became possible only because of my Australia Awards Scholarship,” she says. “Before that, I thought I could only bring about change through policing.”